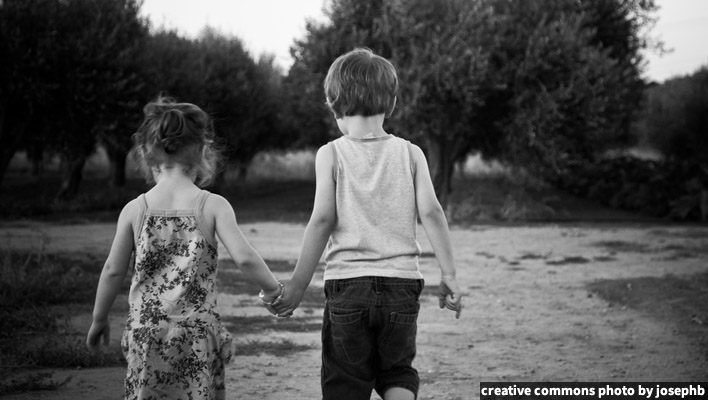 New Media Has Always Been About Human-ness

After writing yesterday about Twitter’s new Vine service and how a 6-second video of assembled bits of motion is similar to how flashes of memory appear in our minds, I started to think about the idea of “glimpses” and how important that is to the realm of new media.

Why do glimpses mean so much to us? I’d say it’s because it allows us to peer into some level of human-ness. And with human-ness comes all sorts of things: kindness, wonder, nostalgia, whimsy, an appreciation for the beautiful, and—yes, on the other side—judgement, bitterness, ridicule, and everything that comes with that.

A successful new media strategy—and, one can argue, any marketing campaign, business or social—puts us in touch with some element of that. A wish, a desire, a dream, a hope, a sense of wonder, a need to connect, or even a fear, a need to feel superior, or so on. All new media does is put us in touch with that, even for a millisecond. It’s a window to ourselves.

There is some magic to that, but the magic isn’t in new media itself. Rather, it’s in the ability—or at least the potential—to help us access that humanity.

Then I started to ponder some misunderstandings of new media. When someone believes that new media itself is magic, we run into some major problems. Those discussions are always going to be a talk about tactics.  When we believe in the magic of the Facebook group, or the retweet, or the viral video, the actual goal will never be realized.

It’s easy to make that mistake.  New media is invisible…wave the magic wand and things just happen and the numbers come in.  There’s nothing that’s physical, in the real world, or tangible about it, right?

But it’s not magic that new media works.  It’s not any tactic – it’s not a viral video, or a Facebook fan page, or being retweeted.

New media works because new media is offering to put you in front of your feelings.  And in that way, it’s very real. It brings to you a rich experience of video, stories, and photos.  And with that, we convey a feeling.  People comment on Facebook because what’s being discussed matters to them.  They retweet because they want to spread the news to others.

We make people feel something, and fairly directly.  That’s the power of new media.