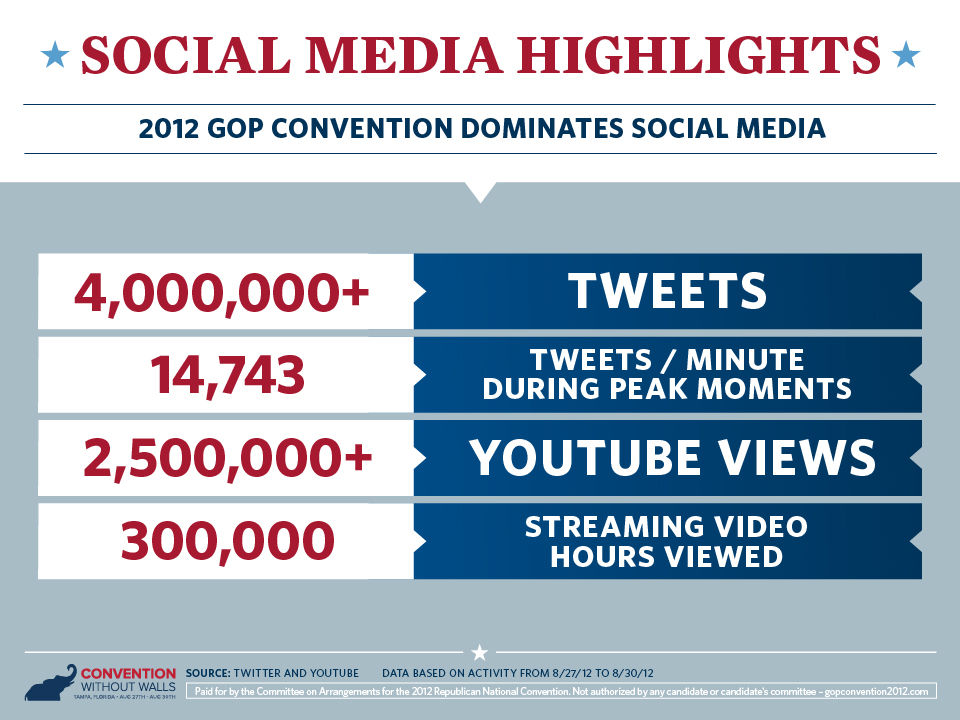 Yes, But How Many of Them Were About an Empty Chair?

Wow, that sure is a lot of tweets.

I’m actually half-joking to make a point (although I’m actually fairly certain that a good portion of the Twitter pie chart was about a chair). Of course people will be talking about Mitt Romney and Paul Ryan. They’re the GOP ticket. Running for president and vice president is a big deal. People are going to talk about them.

The fundamental question is not the number of tweets, but what those tweets saying.

And brownie points, after that, about how activity from the GOP Convention actually influenced the discussion and how people are talking about the issues.